Crime scenes usually aren’t very pretty, so it goes without saying crime scene photos can be extremely difficult to look at. The images of the deceased laying there, pools of blood, Brains, and homicides on rampages act as both disturbing reminders of how bad things can really turn out from a simple argument.

Not all crime scene pictures are up to date – some date back to the 1920’s where the old gangsters would shoot up a place and there would be blood and bodies everywhere. showing that no matter how much society advances, grotesque crimes still occur in Miami, Florida. Pictures, as opposed to live videos with technology, only capture a singular moment in time, leaving the viewer to dwell upon the death that has occurred.

The crime and trauma scene remediation industry became popular around 1995 shortly after the Movie Pulp Fiction was released. It shows Vincent Vega and Jules Winnfield shooting Marvin in the face inside the car while they were driving down the road. Then Winston appeared and took control over the situation to discard of the body and clean the car. I think this is where some of the crime scene cleanup companies got the idea of cleaning up after blood and bodily fluids from crime scenes and suicides. Crime scene cleanup companies in Miami stay very busy 24 hours a day, 7 days a week cleaning up after crime scenes, suicides, unattended deaths, dead animals, blood, bodily fluids, medical accidents, and fatalities. Crime scene cleaning is not for everyone. Once you have become in contact with an undiscovered death, you might change your mind. The money is good but you earn every dime! Some carpet companies in Miami are starting to add crime scene cleanup to their list of services. 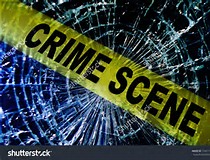